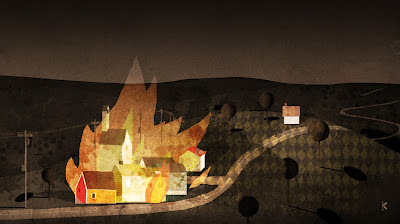 This is a section of an older piece that I finally got around to finishing.
Posted by Unknown at 1:21 PM 4 comments:

Email ThisBlogThis!Share to TwitterShare to FacebookShare to Pinterest
Labels: Night 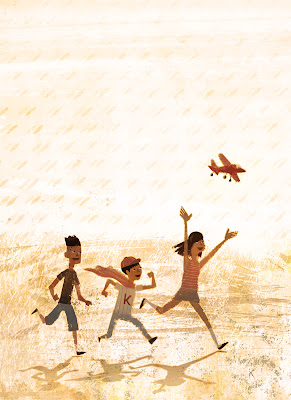 The new www.pandagun.com is officially live!  There's still
more touches and artwork to update and post, but I really
wanted the site up by the end of summer.  Birdies and the
occasional painting will reside here on Pandagun Blog, but
the more illustration oriented work as well as animation
business art will go to the official web page.  I think it's
pretty nice, and I hope you'll like it too!

Right now it works best on Firefox (I'm still working on
the other browsers).  I'll also have prints for sale sooner
than later!
Posted by Unknown at 10:44 PM 2 comments: